Leprosy: The Truth About This Misunderstood Skin and Nerve Disease

Mycobacterium leprae, an acid-fast bacillus in the shape of a rod, causes the infectious disease, leprosy.  Its other name is Hansen’s disease. It targets the peripheral nerves, eyes, skin, and the mucosal layer of the upper respiratory tract. Leprosy is a curable disease. Early detection can prevent disability.

Doctors can recognize Hansen’s disease by the emergence of skin patches. These may be darker or lighter than the patient’s normal skin tone. There are cases when the affected areas are reddish. It is also common for the skin patches to lose sensation. Touching or pricking them with needles will not signal any feeling to the brain.

A nerve or skin biopsy will allow the doctor to confirm your diagnosis. Taking a sample will not hurt that much. This test will search for the pathogen. The sample will also go through several tests to rule out other ailments.

A Short History and Treatment

Back in the 1940s, there was a breakthrough in the treatment for leprosy in the form of dapsone. Patients had to take dapsone for years. The time came when patient compliance became difficult. During the 1950s, the pathogen became resistant to dapsone, which was the only medicine for Hansen’s disease at the time.

Leprosy became widespread again. At the beginning of the 1960s, clofazimine and rifampicin were proven to be effective against leprosy. These two medications have become among the treatment medications for Hansen’s disease. Later on, the group of medications was dubbed MDT or multidrug therapy.

The MDT has been given for free, courtesy of the WHO, since 1995. The Nippon Foundation funded the free MDT at first. In 2000, an agreement with Novartis was signed. Since then, funding through Novartis will support the MDT until 2025. The number of cases has been decreasing through the years because of this effort.

A patient who was treated with MDT must tell the doctor about any loss of feeling or numbness in patches on the skin. There could also be numbness in different parts of the body. The patient must take care not to get injured. Cuts and burns could happen without the patient feeling them.

The patient must stay with MDT until the doctor says it is complete. Stopping early could bring back the bacteria and restart the condition. Telling the doctor if the skin patches are red, swollen, and painful is important as well. A developing fever with the red patches means the patient may be suffering from a complication. The patient may need more intensive treatment.

Patients with Hansen’s disease were isolated before. This was as devastating to the patients as the condition itself. These days, the MDT treatment has turned things around for the better. Even if the MDT lasts from six months to two years, patients are willing to complete it. This treatment period was recommended by the CDC (Centers for Disease Control and Prevention).

Armadillos Can Transmit the Pathogen

Another reason for leprosy’s common occurrence in some parts of the country is the nine-banded armadillo. Studies show that these armored mammals can carry the leprosy bacteria. They can also pass the bacteria to humans. However, researchers believe that humans gave the armadillos the bacteria centuries ago. These are the only animals capable of passing leprosy to humans.

Most people are immune to it.

Leprosy is mentioned in the Bible. However,  the descriptions in the Bible are not the same as how patients experience modern leprosy. According to the Nepal Leprosy Trust, the “leprosy” in the Bible referred to uncleanliness. It is related to people, clothes, and buildings. In addition, it also referred to a large collection of skin diseases. This is not Hansen’s disease.

Fingers Do Not Fall Off Because of Leprosy

The bacteria attack the nerves of the toes and fingers. They cause them to lose sensation. The patient does not feel any cuts and burns at all. These may lead to infection. Permanent tissue damage may set in if the wound does not get treatment. The body may reabsorb the digit. This often happens in the advanced stages of untreated leprosy.

Many people cringe whenever they hear the word “leprosy.” Misconceptions and unfounded rumors made most people lose hope about getting better. With modern innovations and the right treatment, the bacteria causing leprosy can go away. You can live the rest of your life without any possibility of the illness recurring.

Share
Previous Differences Between Landline, VoIP, and Cell Phone Calls
Next What to Pack for a Cruise Travel

How Seniors are Saving Thousands with New Medicare Plans 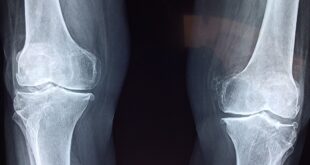 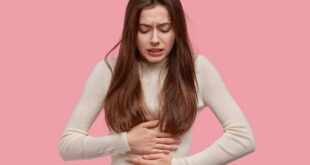 Everything You Need to Know About Cycle Syncing

Eczema and Psoriasis: What Are the Differences Between the Two?

Many people suffer from either eczema or psoriasis. Both skin ailments are itchy and appear …