If you’ve gone out to dinner, hired a cleaning service, or went for a holiday, you’ve had to figure out how much to tip. Not to worry, here’s our guide to the do’s and don’ts about tipping and when to tip.

When you dine in a restaurant these days, the tip is between 18% to 20%. Back then, it was acceptable to tip before tax, but now, it’s the norm to tip after tax.

If you’re getting takeout, no tip is required. The same applies to fast-food restaurant dining. If you have food delivered, a $5 tip is fine. But there are exceptions.

There are people out there who don’t believe in tipping when it comes to buying drinks. After all, they are serving you drinks. It’s polite to tip them as well. If you could buy a bottle of wine at the price of $400, certainly you can afford to tip 20% for it.

If you’re in a large group of 20 people and half of you showed up. Or all of you dine for three hours instead of two. It can be a lot of work for a server. So, it’s best to tip bigger than 20% even if you’re splitting the bill with your 20 friends.

You can also tip the kitchen staff for cooking meals. You can tip in cash or buy a case for the kitchen for a job well done on the food. They do their best to cook good meals for you at the restaurant.

Make sure to tip at hotels, especially if you’re staying in a five-star place. Get yourself prepared to know the typical tipping system wherever you’re traveling to. If a hotel porter is totting your bags, $2 to $3 will suffice. Room service with a tip included in the bill is usually 10%, but it’s a courtesy to provide 20% of the meal price without the tip included.

If a housekeeper delivers towels and toiletries, $3 to $10 will be enough, depending on the location. Don’t forget to tip the doorman around $5 to $10 if he hails your cab. The same goes for the concierge, where you can tip $5 and more.

If you’re traveling, do a little research on tipping systems before you go. For example, tips are expected in Canada but not in countries such as Japan. If you’re going to tip in cash, make sure to carry the country’s currency.

Cruise ships’ tipping policies are different. So, be sure to know what is the appropriate amount. When you check-in at the airport or use a shuttle bus, give a tip between $3 to $5.

Each wedding and reception venue is different when it comes to tipping. But that shouldn’t give you an excuse not to tip.

For a sit-down meal, expect to pay $20-$50 per server, and even more for the captain, depending on how lavish the meal is. For a bartender, it’s approximately $20 per hour. $2-$3 per guest for a coat room attendant

$2 per guest is standard for a bathroom attendant. Depending on the contract, tipping for DJs is between $50 to $150. Ministers’ tips usually range between $50-$100. However, some prefer a donation to their house of worship, while others have a suggested honorarium.

If no honorarium is specified, the presiding official will be tipped between $50 and $250. It is best to consult the religious institution before tipping. Some people find gratuities offensive.

The funeral home handles tips for funeral home staff. Those fees may be itemized as a gratuity on the bill, or they may be included in the total amount paid by the family.

The general rule of thumb when it comes to tipping your manicurist, hair stylist, and spa services is between 20% to 25%. And, while 20 percent is a good rule of thumb, you might consider tipping a little more if you’re a client who can be a little e— for lack of a better word — needy.

When Not To Tip

If the person serving you owns a small business, you can skip tipping. Professionals such as doctors, lawyers, and teachers should never be tipped. A small gift is more appropriate in these cases.

Skilled workers, such as electricians or plumbers, do not need to be tipped because they frequently earn a high hourly wage. An exception would be a house call during off-hours or on holiday.

Also, keep in mind that many businesses prohibit tipping. For example, if you have a baby or more than one cart, most local grocery stores’ baggers will assist you in getting your groceries to your car.

There are no real rules for how much or who you’re supposed to tip. But you can use this tipping guide as a general rule of thumb when it comes to it. Remember, those who tip make others’ lives easier.

Nursing Degree: The Advantages of Having This Level of Education

Medical Assistant: The Duties and Responsibilities of This Healthcare Professional 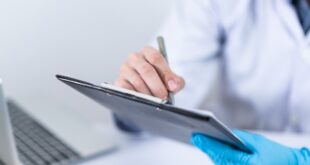 Are You Overpaying for Medicare?

Before you keep paying too much for Medicare, read this report and learn how to …